Perhaps last week was a good week to be away. The shootings in Orlando, the killing of Jo Cox, and the derailment of a train outside Paddington station all impacted on me in a bad way.

After last year's holiday in cold northern Europe, we decided this year for an early summer holiday in Madrid. Despite being on our "no-fly" list after the 2014 luggage fiasco, we returned to BA (actually operated by Iberia) having checked their policies more carefully and had uneventful flights. Transfer from Madrid airport into the city was a straightforward affair; we did our usual thing of heading out of the metro station initially in the wrong direction for the hotel.

Fri 10th: Arrival. Take a walk to and around Parc Retiro. 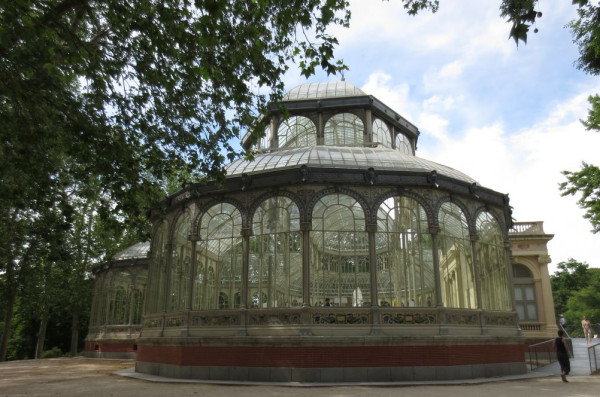 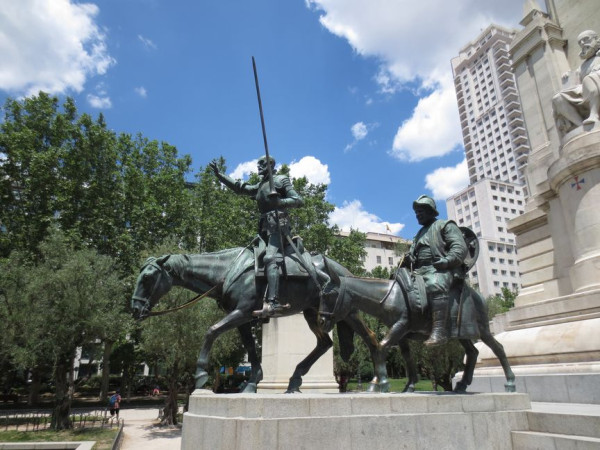 Sun 12th: Visit the Royal Palace. Unsurprisingly there is airport-style security. In the afternoon we visit the Museo Thyssen-Bornemisza, which also has X-ray machines for backpacks. This is becoming a theme.

Mon 13th: Visit the Prado. It takes all day. There is a lot of Goya. The temporary exhibition, marking the 500th anniversary of the death of Hieronymous Bosch, is a spectacular highlight with several triptychs, sketches and other works.

Tue 14th: Day-trip to Segovia. Initially we struggle with the ticket machines of our nemesis, RENFE, before surrendering and going to the ticket office, which turns out to be what we should have done all along. RENFE have done their best to make long-distance train travel as similar as possible to air travel: your ticket is checked multiple times, and your baggage is scanned with an X-ray machine. The train station is miles out of town, but a bus timed to connect with the trains takes us right to the Roman aqueduct. Segovia is stunning. We visit the cathedral and the Alcazar; later in the afternoon we walk out to the Temple Church, but no-one comes to open it at the appointed hour. 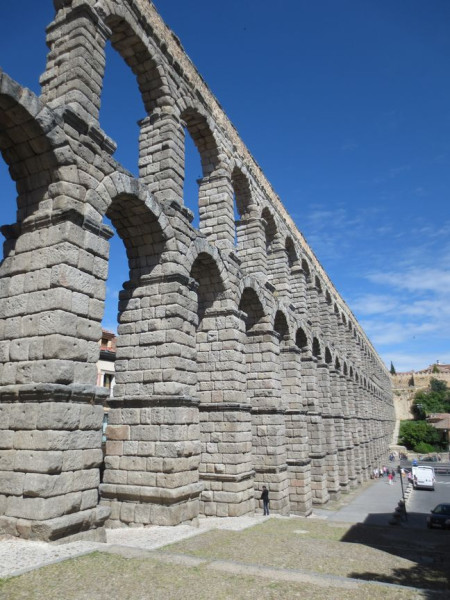 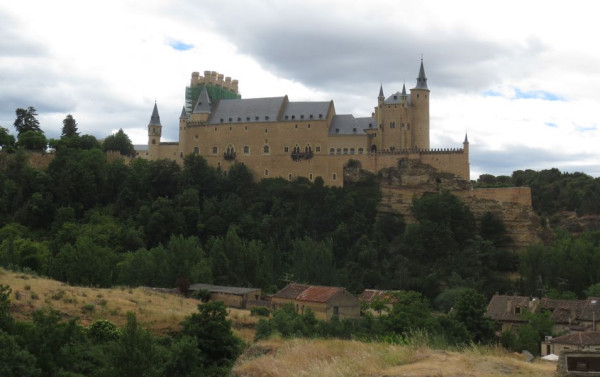 Wed 15th: Day-trip to Toledo. It turns out that long-distance trains are never overcrowded in Spain, because they will not sell you a ticket without a seat, even for just a half-hour journey, so we depart an hour later than hoped. In the end it doesn't really matter. Although the Puente de Alcantara is stunning, Toledo doesn't quite live up to its promise and we decide we preferred Segovia. We struggle with an inadequate Rough Guide map in the labyrinthine Old Town, but on the plus side we stumble upon the remains of the Roman Baths in between visiting the Cathedral, the Jewish and El Greco museums. The weather closes in for a short while in mid-afternoon. 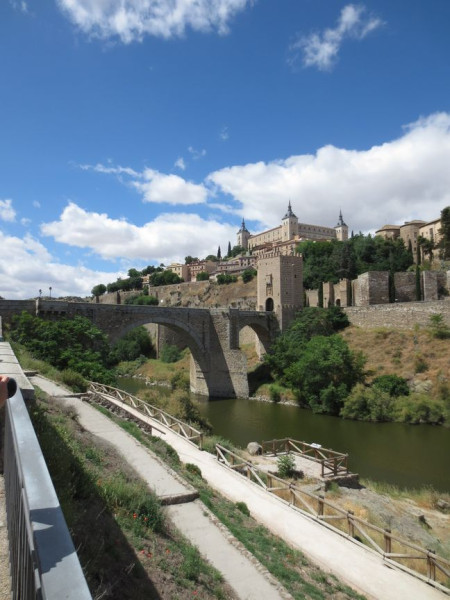 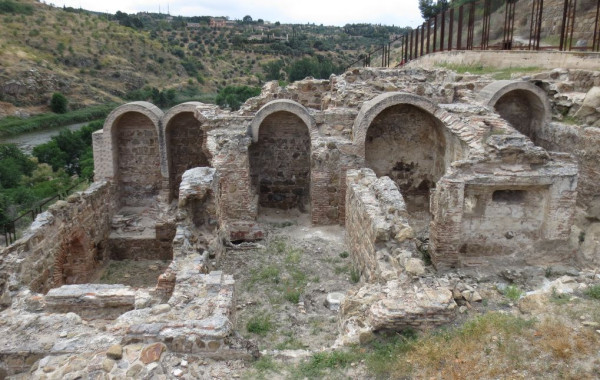 Thu 16th: The forecast is poor, so we decide to do some "smaller" museums. In fact the Museum of the Americas takes all morning, and the Archaeological Museum takes all afternoon. Both are much more extensive than expected. The first in particular is quite different to the standard fare, and very interesting; the second is also interesting, but runs out of steam towards the end and some of the more modern pieces don't really meet my expectation of "archaeology". 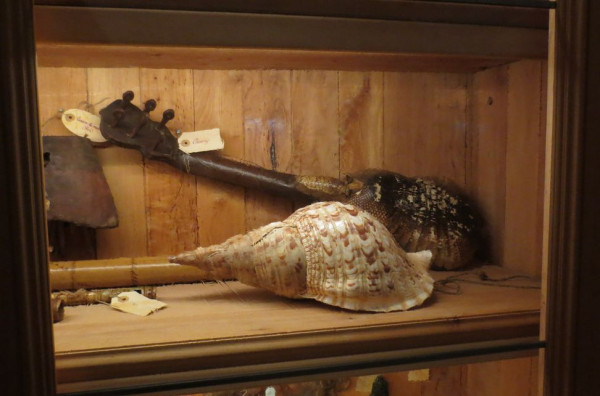 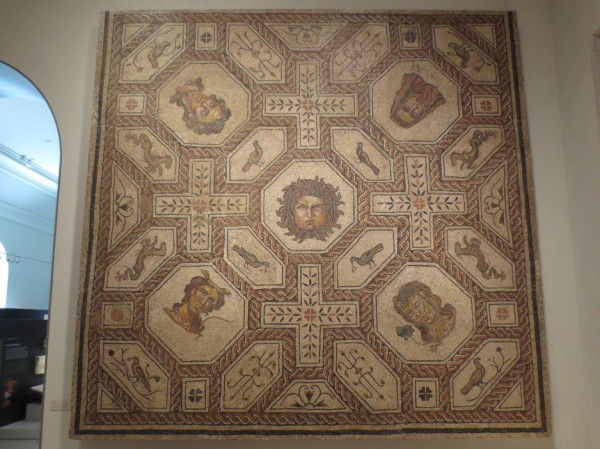 In the early evening we sneak in a visit to the Reina Sofia, free after 7pm, mainly to see Guernica.

Fri 17th: The last day-trip, this time a commuter train (no advance booking required, no X-ray scanner, thus reinforcing our view that a lot of what's going on is security theatre of no real value) to El Escorial. There is the usual confusion on how to get from the train station to our destination, not helped by confusion over whether we are visiting a palace or a monastery (it has been both over the centuries). In some respects it's rather drab - the stone doesn't help, particularly in the basilica, although the apartments of the Hapsburgs and Borbons, and the Royal Library, are more interesting. 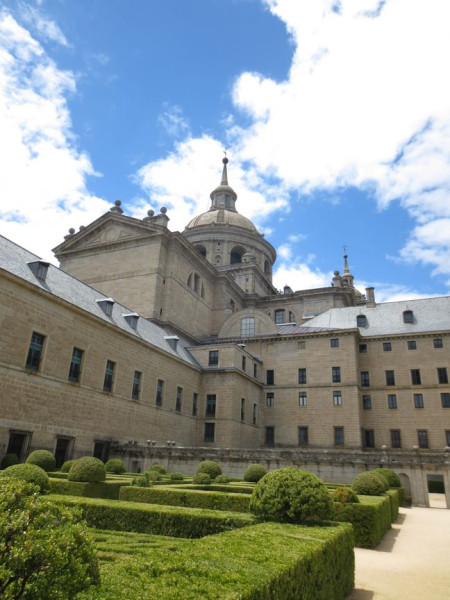 We head back to the bus station for the once-a-day bus out to Valle de los Caídos, Franco's monument to the fallen (on one side, at least) of the Spanish Civil War, and his own mausoleum. Like most totalitarian architecture, tasteful and understated are not the first words that come to mind. It will surely feature in a Jonathan Meades documentary, eventually. A basilica carved into the rock, hung with tapestries depicting apocalyptic scenes, hint at what the interiors of Speer's Germania might have looked like. The funicular up to the cross on the mountain is closed, and there's no way round, but visiting this unusual and still controversial site is enough. 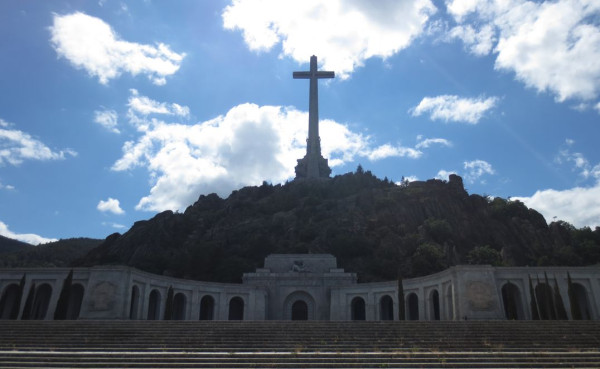 Sat 18th: For the final day, we head first to the Botanical Gardens. It's plainly the mating season for frogs, who are out in numbers on the pond, and don't care who sees them, so long as they are heard. Finally before heading off to the airport we squeeze in a visit to Museo Sorolla, a delightful small museum in the artist's house, in many ways reminiscent of the Leighton House in London. 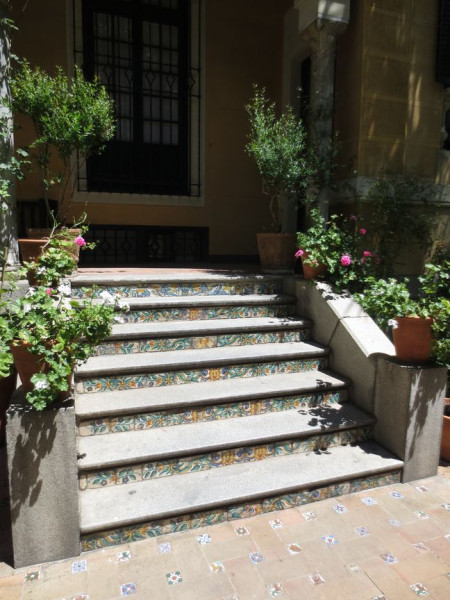 We didn't really settle very well into the Spanish culture. Speaking is done fast, but everything else is slow. The security is understandable, particularly in high-profile attractions, but somewhat inconsistent and in particular makes little sense given its partiality on the trains. Raciones were new to us, and were mostly good but could be variable. I can see that eating late, after the heat of the day, makes sense, but it was a bit frustrating. We did well on colonial restaurants though: as well as Spanish food we had Cuban, Peruvian and Argentinian (don't mention the Malvinas). 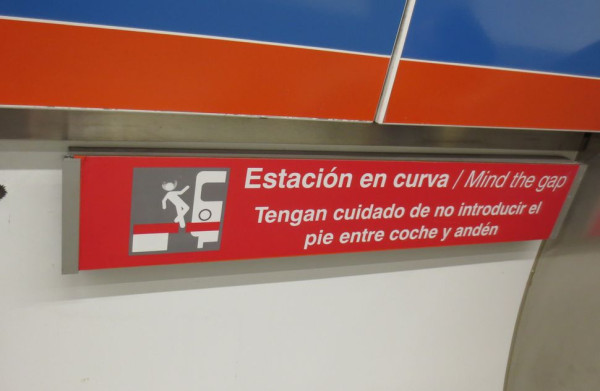